Return to petition
By clicking “Sign” you are supporting this campaign, and agreeing to WeMove Europe using your information for the purpose of this campaign. We might hand over your name, surname and country to the petition target. Unless you subscribe to receive personalised updates, we will delete your data after the campaign has ended. We will never share your data with any third parties without your permission. See our full privacy policy here.
9,328
of 25,000 signatures

PIOTR
The man has to go…
Ronald
I’m against Mr. Czarnek’s policies that are pushing the Polish education system back to the Middle Ages. We can’t let the current PiS government reinstate the totalitarian system and thus discourage free and independent thinking, nor let the irrational hatred and bigotry rule over tolerance and analytical ways of thinking.
Agnieszka
Poland is the country of my origin, I can’t watch how it is destroyed
Tomasz
Mr Czarnek's activities serve to reduce drastically the level of educatoon of Polish youth and ridicule scienfitic research
Nadia
Homophobia should not affect decisionmaking
Thanks for signing! Your signature has been added. 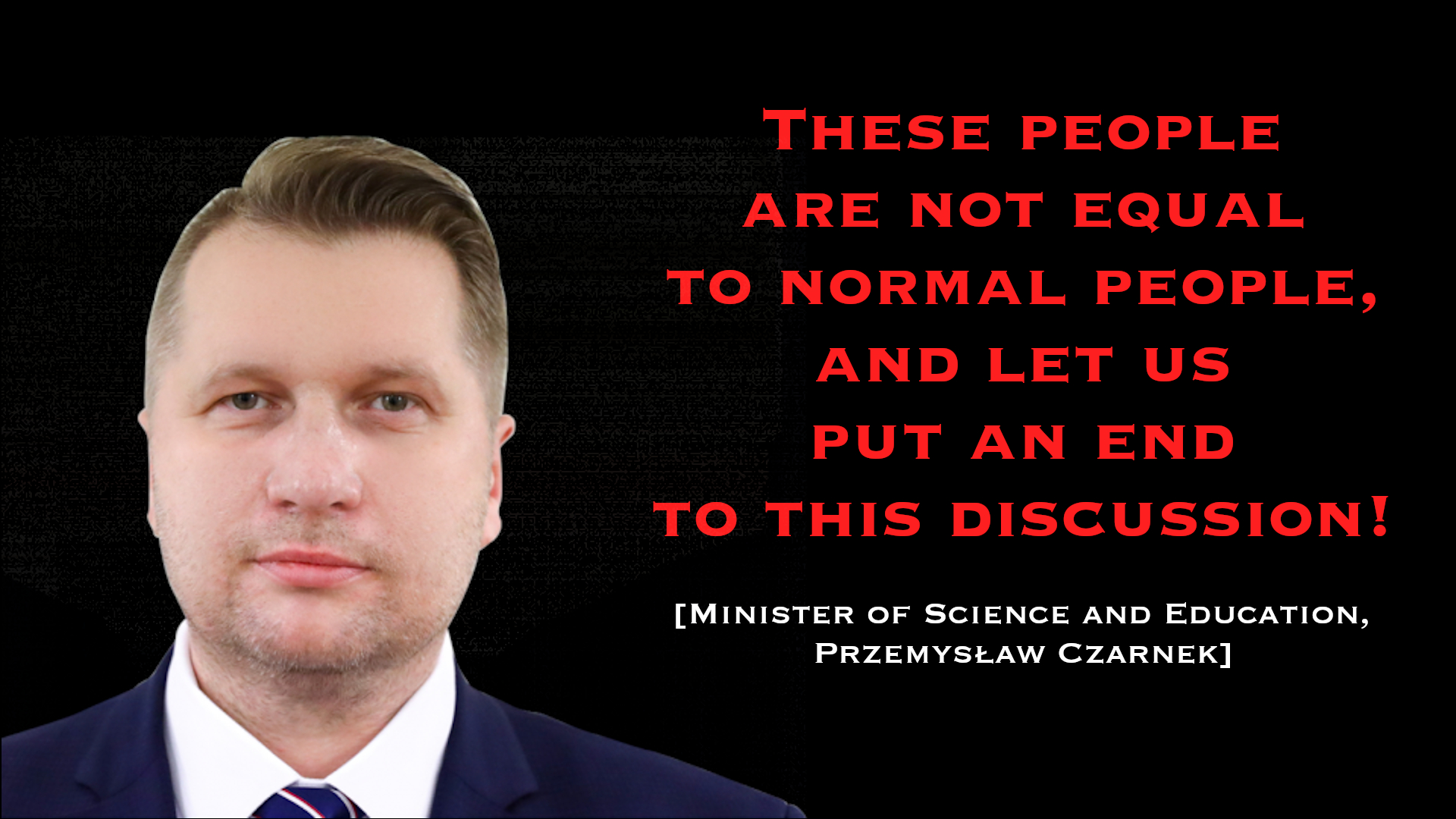