To deny authorizations and funds to Spain/Canary Islands to build the planned macro-harbour of Fonsalia (South West Tenerife). This harbour would affect protected habitats and species within the Special Area of Conservation (SAC) Marine Strip Teno-Rasca, including marine turtles, dolphins and whales, with the largest resident population of shortfin pilot whales of Europe.

To integrate the area of Fonsalia within the SAC, because this area was left out of the SAC just for the planning of the harbour, in spite of having natural values continuous with the surrounding SAC, including even a critical area of green turtle, a species in danger of extinction.

Taking action works! Hundreds of thousands of us signed a petition that has stopped a mega-port in Tenerife that threatened the only whale heritage site in the European Union. Huge mobilisation around this campaign led to a sudden U-turn of most political forces in the local authority responsible for approving the port. Even the regional government made declarations that they felt the local authority should give up on this port. We won! The home to more than 75 protected species including whales, dolphins, sharks and turtles is now safe.

Still, the league of construction businessmen can’t accept they have lost for now. They will probably be waiting for their next opportunity to build the mega-port. Some politicians might also go back to supporting the mega-port if they think our mobilisation is over. That’s why we are not going to lower our guard. Together we make a difference.

Europe’s only whale sanctuary is under threat. All because profit-seeking businessmen are pushing to redirect EU money into a new megaport – right in the middle of it!

Today, more than sixteen species of whales and dolphins find safety in a strip of calm waters in the Canary Islands. [1] As one of only five sanctuaries in the entire world, it’s a gem we can all be proud of. [2] After months of backroom talks, businessmen are sneaking their project through while people's attention is elsewhere in August.

The good news is: they need EU funding to make it happen. The same funds the EU Commission promised would be spent with the environment in mind. But, with billions of euros to provide to thousands of projects across Europe, the EU is not watching closely enough. If we raise our voices together, we could shine a spotlight on the sanctuary before it’s too late.

Right now we’re pushing to secure a meeting with the EU Commission. Already, over 340,000 people have signed the petition to save the sanctuary, but the more of us that stand united, the better our chances will be.

In Tenerife, thousands of great mammals find a paradise to rest, thrive and reproduce.

Well, that’s when there’s no ship traffic. Hope, a baby whale, has become a symbol for the whale sanctuary – her tail was shredded by a passing boat. Hope, like many reefs, turtles and dolphins, didn’t survive. Imagine what a megaport with cruise ships and boats would do to the area. We’d see hundreds more stories like Hope’s each week.

When local Canarians launched this petition, they knew this was a common European concern. They knew Europe is not just about EU politics. It’s about how we join forces to influence what is happening in all of our hometowns, villages and countries.

That’s why so many are already standing up for the sanctuary. But if we can get to half a million supporters, the EU Commission would have a hard time refusing a meeting with us.

Return to petition
By clicking “Sign” you are supporting this campaign, and agreeing to WeMove Europe using your information for the purpose of this campaign. We might hand over your name, surname and country to the petition target. Unless you subscribe to receive personalised updates, we will delete your data after the campaign has ended. We will never share your data with any third parties without your permission. See our full privacy policy here.
424,248
of 500,000 signatures

Esther
Do not build this port. Save our biodiversity of this beautiful island.
Drago
Protecting the SDG16 in the Europe.
Julia
Save the wildlife
Bart
The planet and it’s miraculous diversity will not survive and thrive if we do not protect such sensitive and precious ecosystems and diversity of species!
Amelia
I want to help save the animals!
Thanks for signing! Your signature has been added.

Baby whales, turtles, coral reefs
Hi, Tenerife is home to dolphins and shortfin pilot whales. HOPE was a young female pilot whale who had to be euthanised after a propeller cut her tale. Do we want more mass traffic in the waters where HOPE's family lives? A new megaport would be built where endangered turtles and whales live. Sign now to protect their habitat! For an economy that doesn't destroy life! Take action now: https://you.wemove.eu/campaigns/act-for-hope-stop-new-macro-harbour-at-tenerife Thank you! 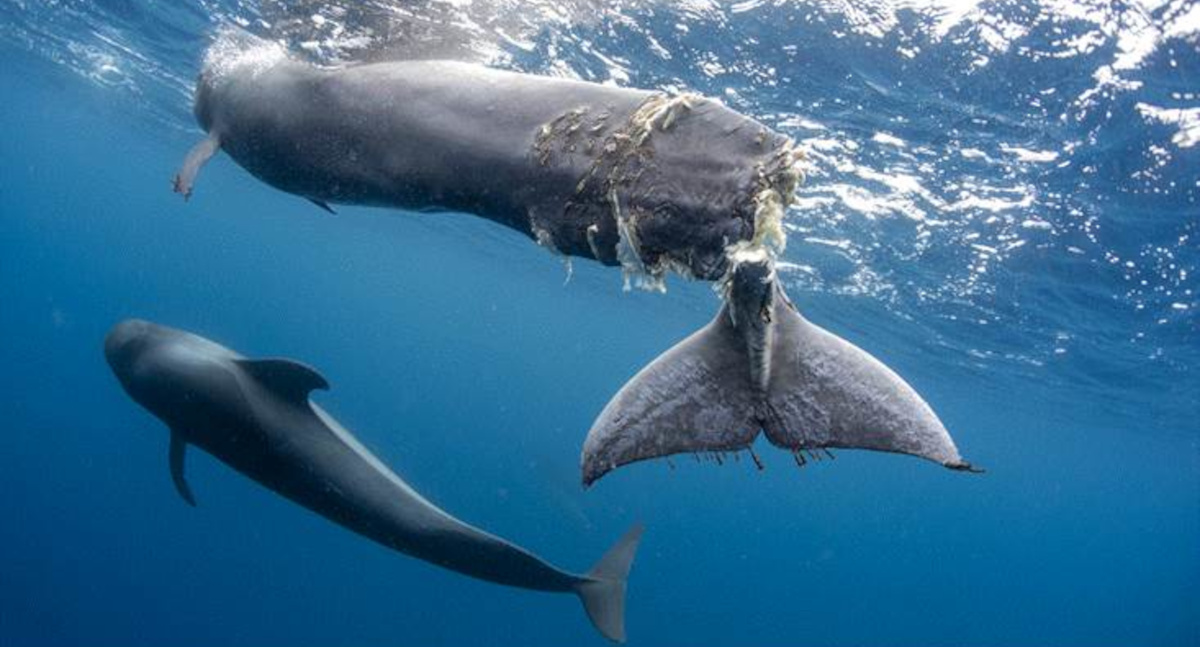 Tenerife is home to dolphins and shortfin pilot whales. HOPE was a young female pilot whale who had to be sacrificed after a propeller cut her tale. Do we want more mass traffic in the waters where HOPE's family lives? A new megaport is in fact a sea-city, where turtles and whales in danger live. Sign now to protect their habitat! For an economy that doesn't destroy life!