This petition is run by Entitats ciutadanes

1. To limit the number of megacruise ships docking in the Port of Palma to a maximum of one per day, and regulating the amount of cruise passengers visiting the city to a maximum of 4,000 per day.

2. To ask the Port Authority to daily control and publicly announce the environmental impact of cruises in water, electricity, pollution, air and water consumption.

3. To ask the Port Authority to demand the tax and labour transparency of all cruise companies that visit the city

4. To increase the sustainable tourism tax that cruise passengers pay to 5 euros, and allocating this money to compensate for the public and private expenses generated by the impact of the huge amount of cruise passengers that visit the city centre.

5. To make the relevant efforts to declare the Mediterranean area an Emission Control Area (ECA), as it has been done in the North Sea and in the Baltic Sea

The tourism of megacruises at Palma has increased in unsustainable and undesirable ways for our city, causing a serious environmental and territorial impact as well as growing social protests.

The size and number of the ships that arrive to the port has increased, the number of visitors has tripled and several megacruises accumulate on the same day.

Maritime transport pollutes a thousand times more than terrestrial. The megacruises contaminate the water, they work with the cheapest fuel in the market that emits sulfur dioxide and harmful particles for health. Moored in the harbour, they use a less harmful type of fuel but generate more than 200 times the pollution caused by a highway. Palma is the second city most contaminated by cruises in Europe, after Barcelona, as informed by Transport and Environment.

Megacruises make greywater downloads 4 miles off the coast. Such a vessel generates 200 to 400 thousand cubic meters of waste. 24% of the total solid waste found in the seas are generated by cruises.

Megacruises damage the biodiversity of the sea floor due to the currents they generate to shift their tons of their own weight and, moreover, contaminate acoustically during the time they are moored.

Furthermore, unfair, discriminatory and permitting public treatment to megacruises, in comparison to other forms of local tourism, is intolerable. The megacruises generate an activity with strong environmental impact that contributes to climate change, activity that would be unthinkable and completely illegal if it was, for example, a hotel on the Passeig Marítim.

The tourist overcrowding devalues our historical and cultural heritage, turning the urban space into a thematic park only for visitors, making the tourist experience of others worse.

The landscape of the Bay of Palma, and therefore of the city, is affected daily due to the disproportion of its colossal size.

The overcrowding in some areas of the city, with up to 15,000 cruise passengers on a day, causes many residents to leave their neighbourhood.

A continuous public investment is needed for the construction and expansion of port infrastructures to receive megacruises, to the detriment of other investments such as health or education.

At present, the pier of Poniente of Palma harbour is being extended, using slag, to accommodate cruises of more than 300 meters in length.

This kind of tourism changes the type of shops that adapt to the needs of the tourists, causing the displacement of traditional shops with the disappearance of the character of the neighbourhood, including the local language.

The homes and quality shops of the streets through which the cruise passengers pass lose their value, causing irreparable damage to the patrimony of their owners.

Most of these cruises operate with flags that belong to tax havens (Malta, Bahamas, Panama, Marshall Islands) and do not pay taxes in our country.

The labour and residence conditions of the workers are precarious and without legal certainty, since they depend on the labour legislation of the mentioned countries.

Return to petition
By clicking “Sign” you are supporting this campaign, and agreeing to WeMove Europe using your information for the purpose of this campaign. We might hand over your name, surname and country to the petition target. Unless you subscribe to receive personalised updates, we will delete your data after the campaign has ended. We will never share your data with any third parties without your permission. See our full privacy policy here.
12,962
of 25,000 signatures

Maurice
Inimaginable à l'heure où l'on aller au maximum vers la dépollution et l'économie de l'énergie !
Olivia
We must stop cruises now to avoid further damage in our climate crisis
Azul
Stop Mega Pollution Into the Ocean!Sincerely Azul98
Arturo
Planet is on a climate crisis, we cannot afford this waste of resources and unsustainable business anymore
Kate
What an obesity this huge ships are. I can only imagine the effects on marine life and the water. There is no excuse to have them even exist.
Thanks for signing! Your signature has been added.

Will you join me?
Hi, Will you join me in making Europe a better place? I have just signed a petition 'Manifesto against megacruises '. This is an issue I really care about. Will you sign it too? https://you.wemove.eu/campaigns/manifesto-against-megacruises Thank you! 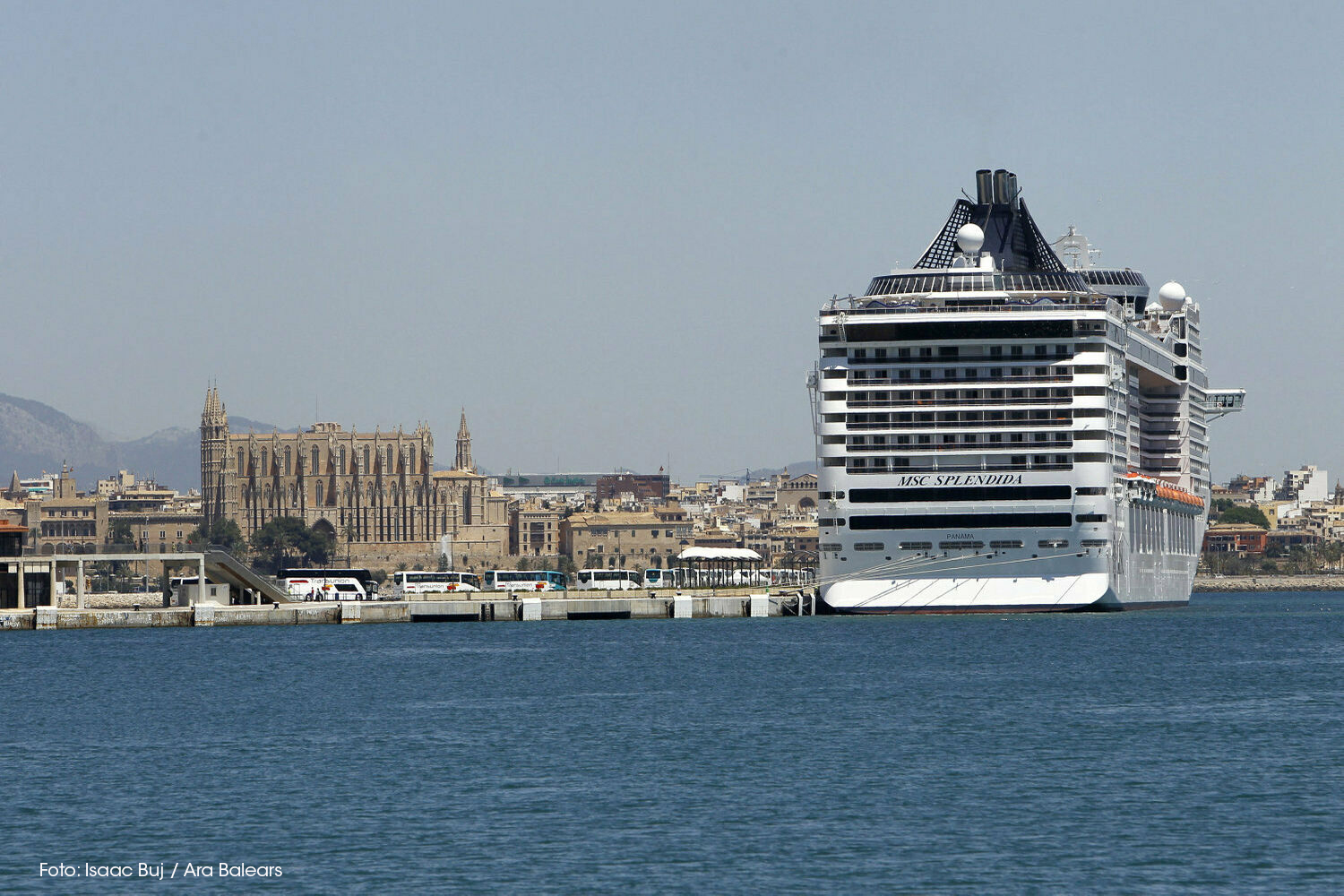 For its environmental and social impact #NoMésMegacreuersaPalma I have already signed the manifesto, and you? @ajuntamentdepalma @GovernIllesBalears