Thank you for your interest in this petition. The petition has been brought to a close by its initiator, but there are many other petitions people like you have launched to make of Europe a better place. Take a look or start your own here: https://you.wemove.eu

The Plenary Members of the Conference on the Future of Europe

This petition is run by Pulse of Europe, Europaunion Deutschland, Alliance4Europe, JEF, Citizens for Europe, Eumans, The Project for Democratic Union,…

We urge the Plenary Members of the Conference on the Future of Europe to come out strongly for an end to the council veto and an adoption of qualified majority voting. Write to Sign@NoVeto.eu from your official account to have your position on this crucial issue registered and state your support publicly!

War has returned to Europe. Some decisive action by EU member states has shown what we Europeans can achieve if we act with one voice.
But this unity is a rare thing and already now, cracks are appearing as Hungary is blocking joint energy sanctions on Russia, and Germany has built in loopholes so it can keep on buying Russian gas. How is this possible? Well, any individual government can block any of the EU’s decision by veto – no matter the reason. Here are some other examples: In 2021, the EU wanted to sanction the dictatorship in Belarus. But Cyprus, with only 0.25 per cent of the EU population, voted against it and refused to sign, unless the EU moved to impose sanctions on Turkey as well. In 2019 Ireland and Sweden, around 4% of the EU population put together, vetoed the introduction of a digital tax. This veto allowed tech giants like Facebook or Google to avoid paying billions of Euros in taxes. The list goes on…The Council veto is a threat to Europe, and put people's lives and livelihoods at risk. Join the call for an end to the veto so we do not have to be held hostage to politicians' narrow interests. You can write directly to the politicians who can make a difference on this crucial matter by going to noveto.eu.
Help us abolish the veto so we can build a peaceful and sustainable future together. #NoVeto: so that Europe speaks with one voice. Against war. For democracy and human rights! 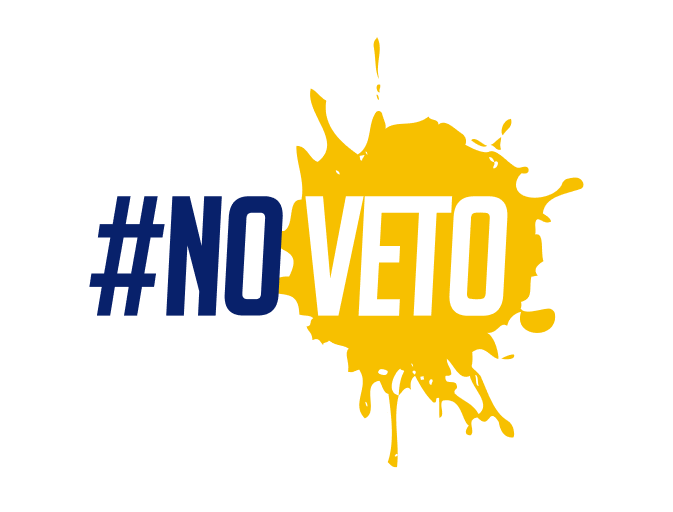 Return to petition
By clicking “Sign” you are supporting this campaign, and agreeing to WeMove Europe using your personal information for the purpose of this campaign, including handing over your name, surname and country to the petition target. Unless you subscribe to receive personalised updates about this campaign and other advocacy campaigns from WeMove Europe and Alliance4Europe gGmbH, we will delete your data after the campaign has ended. See our full privacy policy here and Alliance4Europe gGmbH’s privacy policy here. We will never share your data with any other third parties without your permission.
556
of 1,000 signatures

Will you join me?
Hi, Will you join me in making Europe a better place? I have just signed a petition '#NoVeto'. This is an issue I really care about. Will you sign too? https://you.wemove.eu/campaigns/noveto Thank you! 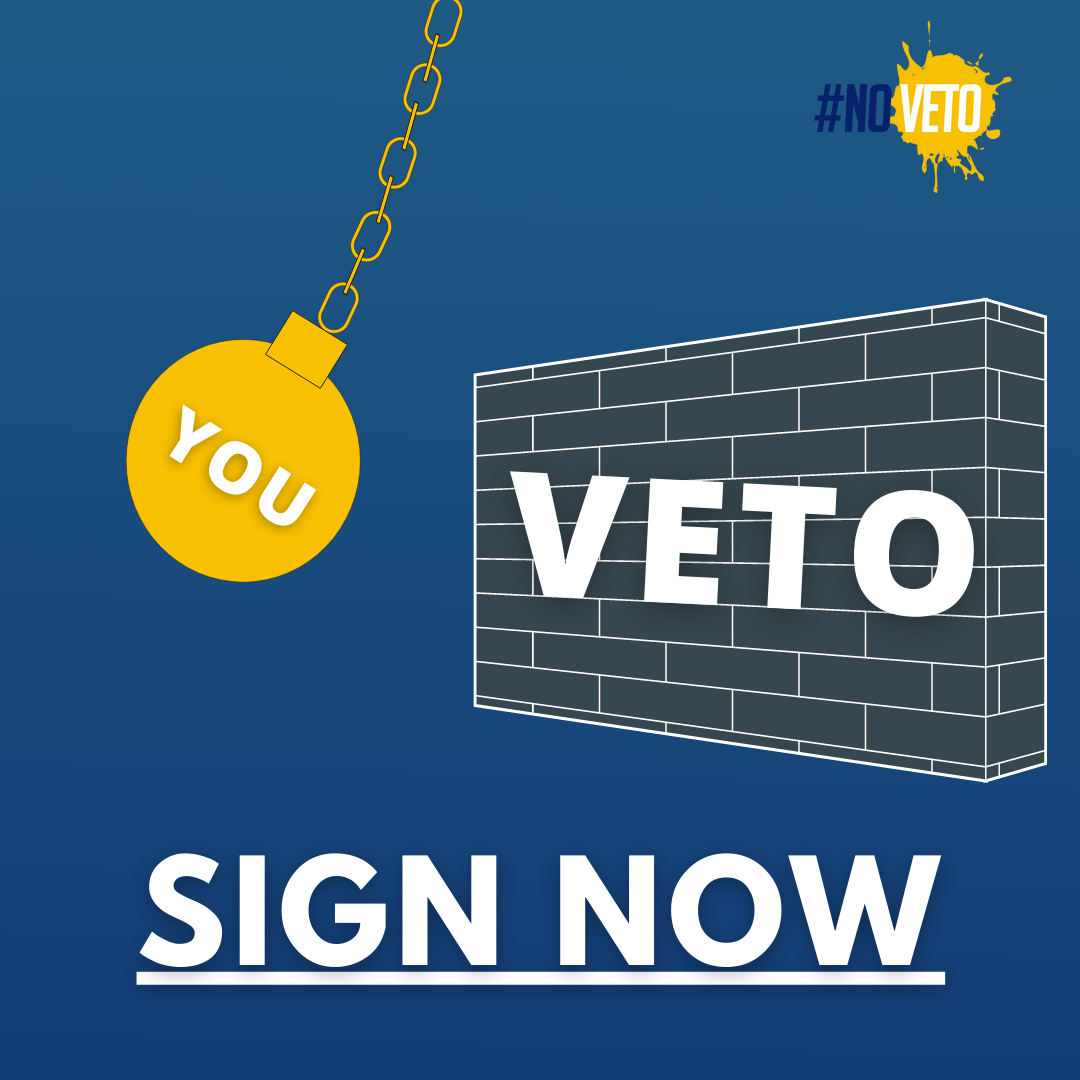 Any individual government can block any of the EU’s decisions by veto – no matter the reason. This is a threat to Europe, and puts people's lives and livelihoods at risk. Support this petiton to tell your representative that the veto must go! So that Europe speaks with one voice. Against war. For democracy and human rights! #NoVeto