To all the European citizens, including our political leaders

This campaign is run by European Women's Lobby

From May 23rd to 26th, you can make a change by voting for a feminist Europe! Learn about your candidates running for the European Parliament elections and read their programs; we need you to vote for politicians that will put women’s rights on top of their agenda!

By signing this petition, you commit to voting for women, and for candidates that truly care about women’s rights and will work hard for progress in the European Parliament.

Why do we want a feminist Europe?

While there has been much progress on women’s rights in most parts of the world, they have been stalling for a decade. If we do not act now, we will need more than a century to reach parity: we must not think everything is already done, as numbers show that the percentage of women elected as heads of state has actually dropped from 7.2 percent to 6.6 percent from 2017 to 2018.

We are also witnessing a very worrying general backlash, notably in Europe. However, women are also rising up and leading the resistance, against the resurgence of conservative and traditionalist values championed by right-wing populists across Europe but also proposing another Europe: one that is inclusive, fighting for the health of the planet and its people.

We need women in all instances of power and decision-making: it is a question of democracy. We cannot pretend to live in a real democracy when more than half of the population is not represented, as it should be: 36% of the MEPs are women, as well as only 9 out of 28 commissioners; no women are President of the Commission or the Parliament. The over-representation of men, usually old and white, is everywhere, from the political sphere to the business and cultural ones. It means we live in a world where one vision only has the opportunity to grow, develop and spread and all the other voices are silenced and stifled.

Several studies prove that, when women are in power, citizens’ lives actually improve. A recent report shows that increased representation of women in elected office can reduce both petty and grand corruption, as women tend to pursue both the improvement of public service delivery in sectors to increase the effectiveness and quality of governance and the breakup of male-dominated collusive networks.

Learn more about our campaign here!

Help us build a sustainable feminist Europe! Here is everything you can do.

Return to petition
By clicking “Sign” you are supporting this campaign, and agreeing to WeMove Europe using your information for the purpose of this campaign. We might hand over your name, surname and country to the petition target. Unless you subscribe to receive personalised updates, we will delete your data after the campaign has ended. We will share your data with the initiator, the European Women's Lobby, and they might contact you. We will never share your data with any other third parties without your permission. See our full privacy policy.
703
of 1,000 signatures
Thanks for signing! Your signature has been added.

Thank you for signing the petition! Our petitions work because there are many real and committed people like you supporting them. The more we are, the more power we have, and the louder we can speak together for a Europe where women and men are truly equal and have the same rights and opportunities.

Please help us spread the word and share this petition with your friends and family!

Vote for a feminist Europe! 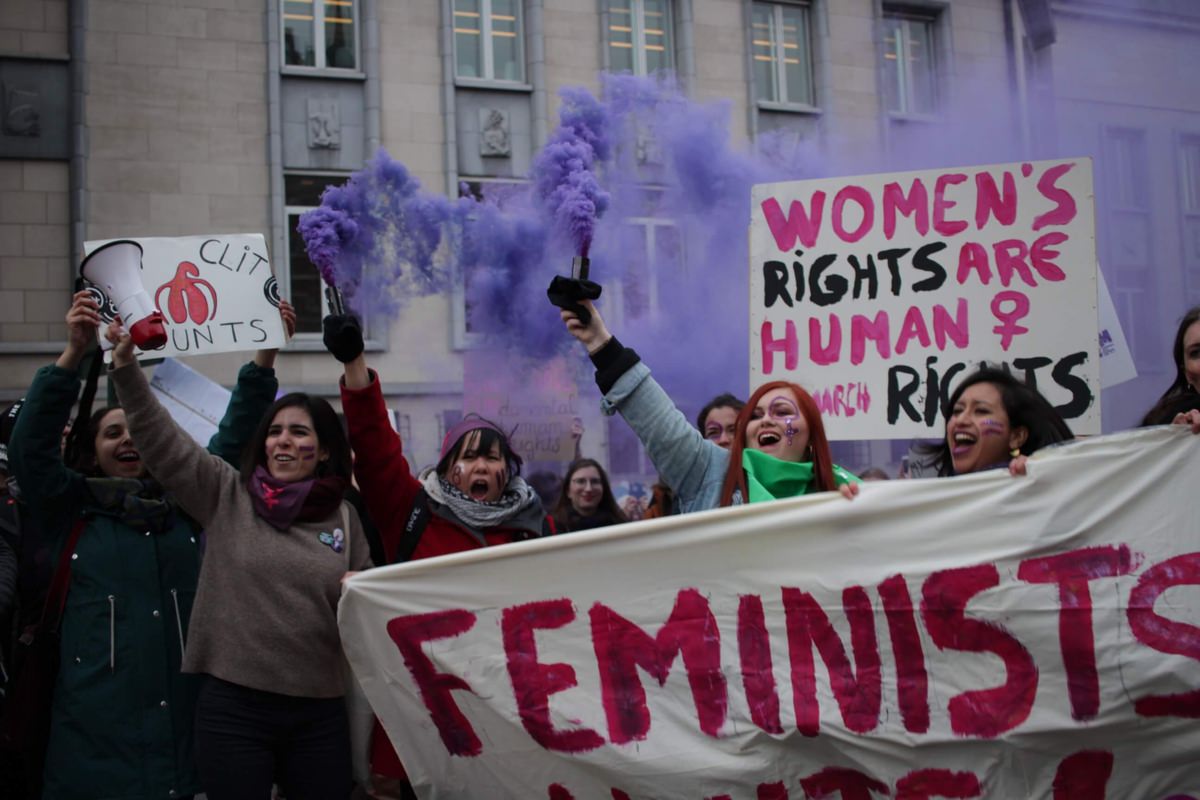