The Commissioner for the Environment, Oceans and Fisheries, Mr Virginijus Sinkevičius, and the ministers for the environment, fisheries and defence of all the countries around the Baltic Sea.

This petition is run by Coalition Clean Baltic (CCB)

We urge the Environment, Fisheries and Defense Ministers of all countries around the Baltic Sea to follow scientific advice and work together to protect the most endangered whale in Europe - the critically endangered Baltic Proper harbour porpoise.

We urge the Baltic countries to:

The Baltic Proper harbour porpoise, which many don’t even know exists, is close to extinction. With only a few hundred individuals left, the Baltic harbour porpoise is critically endangered and needs urgent protection.

The most severe threat to harbour porpoises is bycatch in fisheries. Even a single Baltic porpoise dead in a fishing net could have a devastating impact on the population. In order to prevent this critically endangered population from going extinct, bycatch must be reduced – ideally to zero. This could be done by closing important harbour porpoise areas for high-risk fisheries, and by using pingers, acoustic devices that warn porpoises of the presence of nets. Pingers can reduce bycatch by up to 80% and are successfully used around the globe to avoid cetacean bycatch, but they are not used to the extent needed in the Baltic Sea.

Underwater noise is another threat to the Baltic porpoise. Loud noise from explosions and construction of for example offshore wind farms can make a porpoise deaf, which will eventually result in its death. Less intense noise from shipping or construction can cause disturbance of important behaviours such as feeding or nursing. Underwater noise should be strictly limited in Marine Protected Areas (MPAs) so that they can be the safe havens that the porpoises need.

Sign this petition and help us to push Environment, Fisheries and Defense Ministers around the Baltic Sea to put in place concrete and urgent conservation measures to #SaveTheBalticPorpoise!

Return to petition
By clicking “Sign” you are supporting this campaign, and agreeing to WeMove Europe using your personal information for the purpose of this campaign, including handing over your name, surname and country to the petition target. Unless you subscribe to receive personalised updates about this campaign and other advocacy campaigns from WeMove Europe and Coalition Clean Baltic, we will delete your data after the campaign has ended. See our full privacy policy here and Coalition Clean Baltic’s privacy policy here. We will never share your data with any other third parties without your permission.
98,644
of 125,000 signatures

Lonneke
I support this petition!!
Xavier
Are we going to end with all animals at sea?? and the, what? Man can´t be so stupid, we rely on the sea!
Lisa
This is very important
Aline
:)
Astrid
we have to save the nature for our children
Thanks for signing! Your signature has been added.

Will you join me?
Hi, Will you join me in making Europe a better place? I have just signed a petition 'Save the Baltic harbour porpoise'. This is an issue I really care about. Will you sign too? https://you.wemove.eu/campaigns/save-the-baltic-harbour-porpoise Thank you!

Save the Baltic harbour porpoise 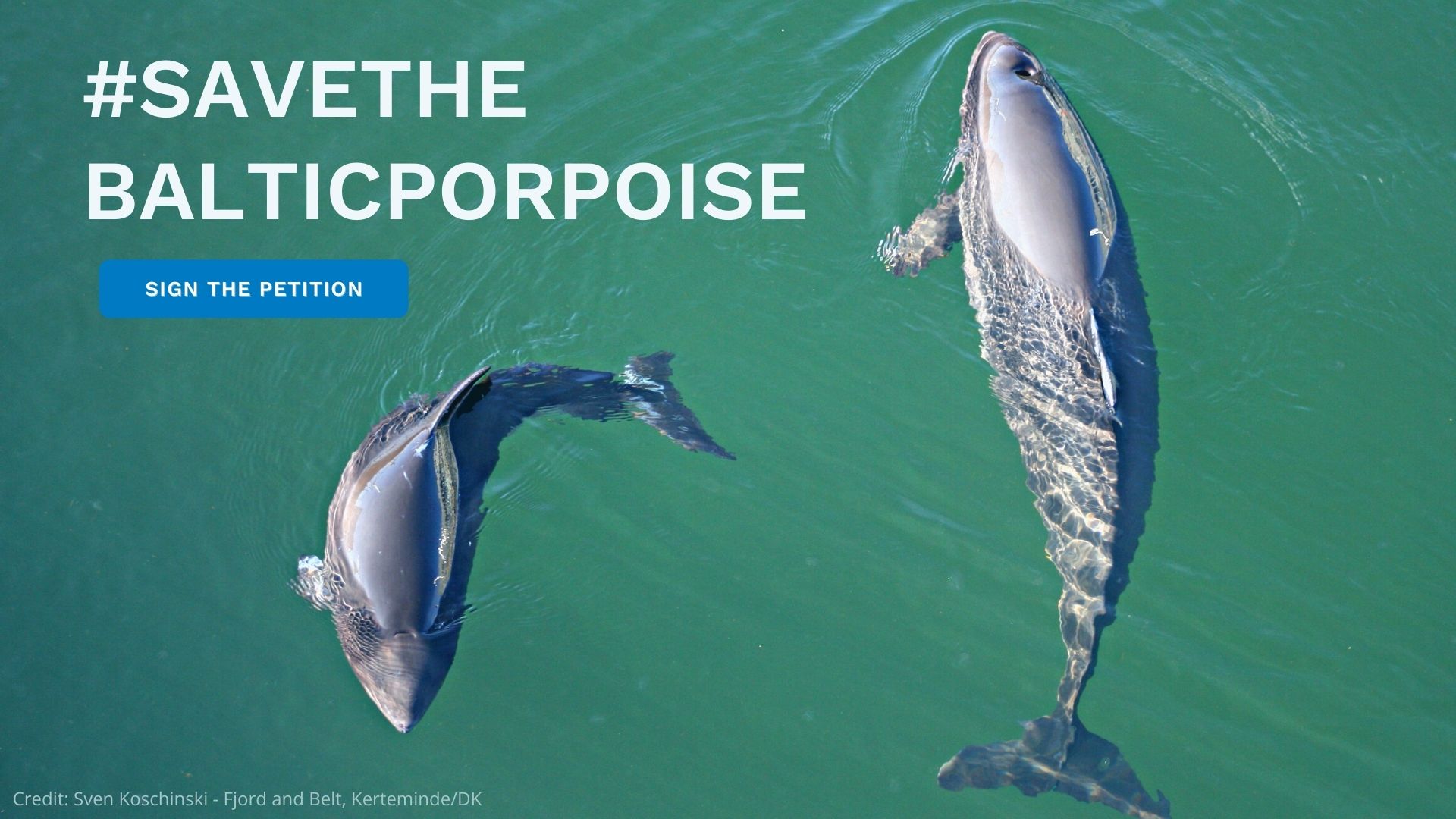 With only a few hundred individuals left, the Baltic harbour porpoise - the only whale in the Baltic Sea - is critically endangered and needs urgent protection. Sign this petition and help us to push Baltic Environment, Fisheries and Defense Ministers to put in place concrete and urgent conservation measures to #SaveTheBalticPorpoise! Read more on: www.ccb.se/save-the-baltic-porpoise