This petition is run by European Academics

The EU’s very future is playing out today in the Białowieża Forest. We call on the Council of the European Union to renounce the legalisation of the derogations from treaties that require Member States of the EU to protect human rights. We call on the European Union to lead with a humane response to the humanitarian crisis that is playing out on the borders with Belarus, and for immediate actions to be taken to protect vulnerable individuals and to respect the right of asylum.

For a brief moment, the situation at the Polish-Belarusian border has attracted public attention. The images of thousands of refugees from Iraq, Syria, Yemen and elsewhere, who were lured by the Belarusian dictator Lukashenko and assembled on the Belarusian side of the border in inhumane conditions, sparked outrage among European audiences. Geopolitical analyses have been put forward, political and repressive responses have been formulated (sanctions, border militarization).

But today, the humanitarian drama continues on both sides of the border, and no adequate response has been found. Since September 2021, the Polish government declared an emergency zone along its border with Belarus. Migrants who enter the EU by crossing the Polish-Belarusian border have found themselves in a dangerous militarized area to which doctors, journalists, and representatives of NGOs do not have access. In the Białowieża Forest, people are dying of hypothermia, thirst, hunger, and lack of access to lifesaving medical aid.

Polish border guards systematically ignore their requests for asylum and return them to the Belarusian side of the border. The practice of refoulement is prohibited even in times of crisis by the 1951 Geneva Convention relating to the status of refugees, the European Convention on Human Rights, as well as the Charter of Fundamental Rights of the European Union, all of which the European Union and its Member States have a duty to respect.

Forced by Belarusian soldiers to cross the border, some families have been sent back more than ten times or separated, which has exacerbated the intolerable human dramas taking place in the border areas. NGOs such as Grupa Granica or Human Rights Watch have published thorough reports on these violations.

On December 1st, 2021, The European Commission responded by proposing (based on Article 78 § 3 of the Treaty on the Functioning of the European Union) that the Council adopt emergency measures to enable the EU Member States concerned to manage the crisis. However, instead of reaffirming the fundamental nature of the right to apply for asylum, the proposal effectively authorises the Polish, Lithuanian and Latvian authorities to apply the accelerated border procedure to all asylum applications. It thus makes it less likely that the asylum requests of these populations in dire need of protection will be considered and supports the legalisation of mass expulsions.

This legislative proposal, also in the Council version that has been submitted to the COREPER in January 2022, is a threat to all EU citizens. The European Union, which was founded on the rule of law and on the defence of fundamental rights, simply cannot compromise with these principles. In the face of illegal and inhumane practices that persist and increasingly become institutionalised, it is urgent to restate the law’s universal and fundamental rules. We, citizens of the EU, must affirm and defend these rights because, in a democracy, only the law can protect us against arbitrary decisions.

Return to petition
By clicking “Sign” you are supporting this campaign, and agreeing to WeMove Europe using your information for the purpose of this campaign. We might hand over your name, surname and country to the petition target. Unless you subscribe to receive personalised updates, we will delete your data after the campaign has ended. We will never share your data with any third parties without your permission. See our full privacy policy here.
2,043
of 5,000 signatures

Claudia
Please stop this inhumanity in Europe!!
Anna
Respect lives, offer shelter, safety integration and employment to refugees
Rebecca
Everyone deserves to feel and be safe, to not be threatened in their home and be unable to negotiate peace.
Clea
People should not be punished for seeking better lives for themselves and their families.
Humdan
I love people
Thanks for signing! Your signature has been added.

Will you join me?
Hi, Will you join me in making Europe a better place? I have just signed a petition 'The EU must not become a lawless zone '. This is an issue I really care about. Will you sign too? https://you.wemove.eu/campaigns/the-eu-must-not-become-a-lawless-zone Thank you!

The EU must not become a lawless zone 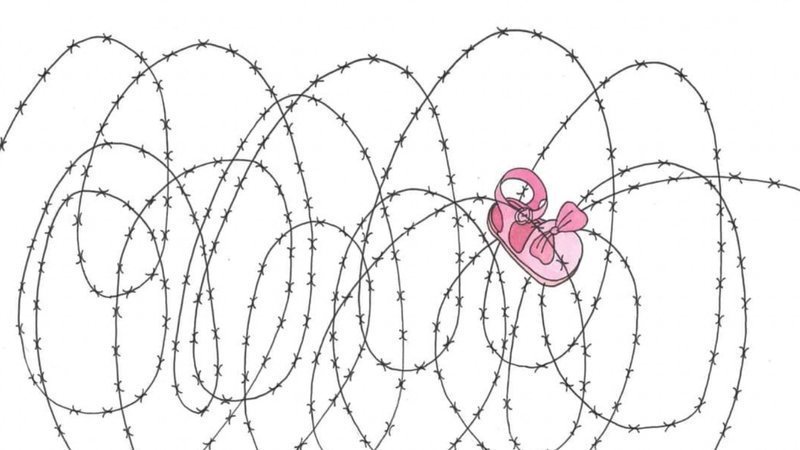 The EU must not become a lawless zone! We call on the Council of the European Union to renounce the legalisation of the derogations from treaties that require Member States of the EU to protect human rights.