Thank you for your interest in this petition. The petition has been brought to a close by its initiator, but there are many other petitions people like you have launched to make of Europe a better place. Take a look or start your own here: https://you.wemove.eu

Board of governors of the European Schools

This petition is run by APEEEL2

Adopt the proposals to increase the attractiveness of the European Schools in Luxembourg for teachers.

...Update 28/3/19...
We have just learnt that the document including the proposals supported by APEEEL1 and APEEEL2 has been amended. These amendments are not going in the right direction for the European Schools of Luxembourg. We wish to make clear that APEEEL1 and APEEEL2 support the proposals submitted in the version 2 of the document (as detailed below). We regret that these proposals have been revised downward even before they are submitted to the members of the Board of Governors.
...End of update...


For 5 years already, the Parents' Associations of the European Schools Luxembourg I and II have been drawing the attention of the Office of the Secretary General to the dire staffing situation in our schools. These are the result of the rapid growth in the number of both Accredited Schools and other types of schools with English, French and German sections on the relatively small territory of Luxembourg.

Luxembourg is the European country with the highest teacher salaries and standard of living. These factors pose two main problems for Lux1 and Lux2:
It is becoming/has become increasingly difficult for the two schools to attract and retain locally recruited teachers given that the salary and contractual conditions are less favourable when compared to those in other schools in Luxembourg.

It has become increasingly difficult to attract seconded teachers (for example from countries such as Denmark and Germany) given that the difference between the salary in the home country and that in Luxembourg is not at a level which allows for a decent living in Luxembourg.

In December 2017, the Parents Associations had a meeting with the European Commissioner responsible for budget and human resources, Commissioner Oettinger. The problems mentioned above were discussed during this meeting. A summit on the matter was held in 2018 on the initiative of Commissioner Oettinger and a working group to delve further into the matter was created as a result. APEEEL1 and APEEEL2, together with the directors of Lux1 and Lux2, put together a detailed report on the critical staffing situation at the two European Schools in Luxembourg. A set of proposals aimed at making the European Schools more attractive to teachers was presented to the Board of Governors in December 2018.

As a result of intense discussions, the working group was asked to prepare a set of concrete proposals ahead of the April 2019 Board of Governors meeting.
Both Parents' Associations, APEEEL1 and APEEEL2, support the concrete proposals made by the working group in full. These proposals, however, have a considerable financial impact and a real risk exists that they will be partially or totally rejected.
It is with a view to do all that is within our power that we are asking all the parents of our two schools to sign this petition in support of the proposals which will be up for discussion and approval at the Board of Governors meeting taking place on 9-12 April.

The proposals are the following:
* To put in place an “additional special allowance” of a fixed amount for seconded teachers
* To modify the regulations for seconded staff to allow prolongation of the maximum duration of their contract by 3 years (rather than 1 year as is currently the case) in exceptional cases
* To align the salary of locally recruited staff to the current salary in place for staff in the national public schools
* To allow schools the possibility of offering indefinite contracts from the start (with a probation period of 1 year)
* To create a number of "protected" posts which will not be published for secondment for functions which require English native speakers
* To create « 'middle management functions » open to locally recruited teachers

We are convinced that these measures will be beneficial for the two schools and would like to give our directors the support needed to retain qualified and experienced teachers at Lux1 and Lux2, whilst also ensuring they have the means to recruit new teachers as necessary. Many teachers have already left our system and adopting measures to stop this trend is a now or never affair!

If you are willing to support this petition, please add your signature before April 4! We depend on the support of you ALL !

Return to petition
By clicking “Sign” you are supporting this campaign, and agreeing to WeMove Europe using your information for the purpose of this campaign. We might hand over your name, surname and country to the petition target. Unless you subscribe to receive personalised updates, we will delete your data after the campaign has ended. We will never share your data with any third parties without your permission. See our full privacy policy here.
3,106
of 5,000 signatures

Strong education is the basis for a better future
Enric
For me very important that our sector has enough good teachers Europe school seems to be a very good school or even one of the best school …..for people who don’t know that we have THE problems with teachers. Our children, especially in secondary part are very behind of programs of other schools – it is a BIG shame, how our children can qualify for University ? …..after such “good” school ? we are on brink to change school at least for our second child, to give him a better chance and to have a really nice education – to spend our money more efficient.
Natalie
To save our standards
Grainne
European School should not loose its reputataion.
Selen
If we don't take any action the European School will be losing its reputation. It will be very difficult repair this.
Ozhan
Thanks for signing! Your signature has been added.

Will you join me?
Hi, Will you join me in making Europe a better place? I have just signed a petition 'Save the European Schools in Luxembourg'. This is an issue I really care about. Will you sign it too? https://you.wemove.eu/campaigns/save-the-european-schools-in-luxembourg Thank you!

Save the European Schools in Luxembourg 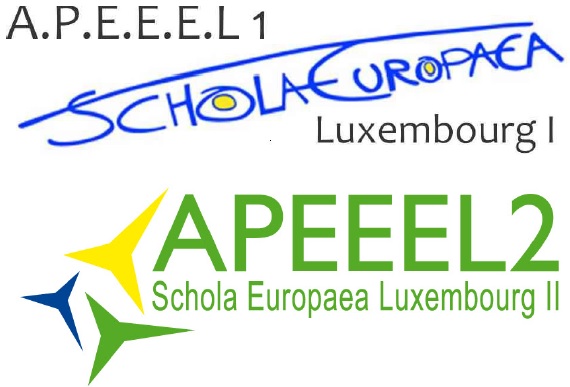 Help us to retain our teachers and to attract new ones to Luxembourg !