This petition is run by ChangeFinance.org

We urge the European Banking Authority (EBA) to revisit and reverse its decision to approve its executive director- Adam Farkas- moving to the most powerful European finance lobby group.

In September, it was disclosed that Adam Farkas will move to become the chief executive officer of the Association for Financial Markets in Europe (AFME) as from February 2020.

As a supervisor of the EU’s banking sector, the EBA is one of Europe’s most important institutions and a prime lobbying target for the industry. The direct shift of its executive director to the sector’s biggest lobbying group – AFME represents the interests of over 180 banks and finance institutions – raises alarm.

The approval granted by the EBA is highly questionable. In line with Article 16 of EU staff regulations, the EBA must make use of its prerogative to prohibit this move.

The executive director of the EBA has sensitive information on planned EU strategy on banking and financial markets, a formidable network and a command over decision-making processes. This is the result of spending 8 years in a top position of a public body. As such, he should not be able to offer it on to an organisation whose interests greatly differ from the interests of the public and the EBA. Under his leadership, AFME’s staff and membership will gain the ability to directly or indirectly exert undue influence on lawmakers and regulators, which is likely to allow financial risks to build.

In the European Union, a decade of debate has not repaired the old flaws that became apparent with the financial crash of 2007/08. Europe still houses banks that are too-big-to-fail, the finance sector is exacerbating environmental breakdown and social inequalities, and the risk of another financial crisis is still with us.

One of the necessary precautions is to defend public decision-making from the powerful influence of financial corporations, including by applying strict rules on ‘revolving doors’. Already this year, the EBA hired a new Chairman, José Manuel Campa, who came straight from a position as top lobbyist for the Spanish financial corporation Banco Santander. If the executive director of the EBA now transitions to AFME as planned, it will inflict severe damage to public trust in EU supervisory authorities as well as the independence of the EBA.

If there is any value to the words on “no conflict of interest” in the EU rules, then this case must prove it.

Return to petition
By clicking “Sign” you are supporting this campaign, and agreeing to WeMove Europe using your personal information for the purpose of this campaign, including handing over your name, surname and country to the petition target. Unless you subscribe to receive personalised updates about this campaign and other advocacy campaigns from WeMove Europe and Change Finance, we will delete your data after the campaign has ended. See our full privacy policy here and Change Finance’s privacy policy here. We will never share your data with any other third parties without your permission.
848
of 1,000 signatures

Afsaneh
Save money
rachel
people who keep accumulating power, influence and money break our communities and our planet
Pieter
Ethics!
Harald
Enough is enough. We pay our taxes to have independent representation to serve s public interest. Greed and lobbyism kill the European dream...
Wessel
These people, bankers, are not working for the people of europe, they use their posotion , power and influence , only for the benefit of themselves and their friends. It has nothing to do with fair politics..
Thanks for signing! Your signature has been added.

Will you join me?
Hi, Will you join me in making Europe a better place? I have just signed a petition 'Limit finance lobby influence over EU authorities'. This is an issue I really care about. Will you sign it too? https://you.wemove.eu/campaigns/limit-finance-lobby-influence-over-eu-authorities Thank you! 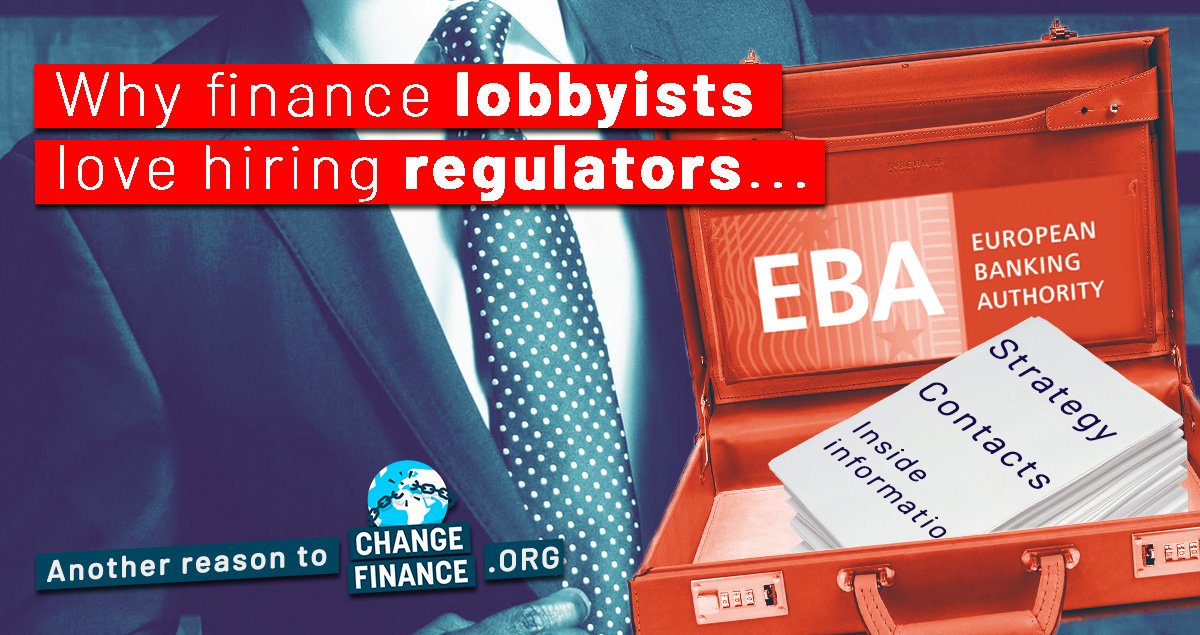