Sorry - this campaign has finished. If you'd like to get involved in other 38 Degrees campaigns, please click here: https://www.wemove.eu/you
219,600 of 250,000 signatures

This petition is organised by Network of solidarity with Greece.

We demand the EU-commission to keep its promise not to privatize water!

You must give up your demand for water privatisation in Greece in the interest of big companies but to stand in for the rights of the people.

We demand to open und make public all written documents as well as the minutes of oral negotiations between the Greek government and the institutions concerning the the transfer of EYDAP and EYATH to the superfund.

Greece is being forced to privatize its two largest water companies in Thessaloniki and in Athens. This arouses big outrage and resistance is growing. “The access to water is a human right. Water is a public property and not an object of trading.” This appeal signed by almost 2 million people induced the EU to give up the plan of water privatization - except for its southern countries, where the policy of the Troika puts pressure on politics to privatize water supply. So the Greek Parliament had to agree in transfering the large water companies EYDAP and EYATH to the newly founded superfund, controlled by the creditors, for privatization. Otherwise they would not be given the next credits.

Doing so the EU Commission goes again for privatization of water in Greece. In 2014 the plan was stopped by the resistance of the people. A referendum in Thessaloniki against the privatization of the water company was signed by 213.508 people, 98% of all counted votes. After a legal action the Supreme court declared the plan of water privatization as illegal, because the Greek Constitution says explicitly, that healthcare of the citizens should be guaranteed by such a vital item. That is not possible if multinational companies control the access to water. As many examples in European cities show, not only did water supply aggravate but also prices started to rise. Rising prices mean for Greece that many people will have only insufficient or no access to water. At the moment prices are connected with the social situation of people. Those people, who lost everything through the crisis and the desastrous policy of social cuts should not be denied access to water, because water is vital. Interested companies such as Veolia and Suez already complained that water prices are too low.

Aggravation of water supply together with rising prices after privatization are the reason why so many municipalities in different countries successfully brought it back under public control. Recent examples are found in cities in Spain and Portugal, which were also forced by the Troika to practise this wrong policy. They were confronted with the rise of water costs up to 400%. Slovenia prevents by declaring water as a public item in its constitution and so avoids privatization.

One of the first municipalities that was forced to reverse privatization of water by the resistance of its people, was Berlin. There 51% remained in public hands, but secret contracts guaranteed the private operators high profits for more than 30 years. So in Berlin water prices were rising, too. Berlin is a good example, that resistance can be successful.

Let us support resistance in Greece!

For the network of solidarity with Greece:

For the Greek resistance against water privatization:

Return to petition
By clicking “Sign” you are supporting this campaign, and agreeing to WeMove Europe using your information for the purpose of this campaign. We might hand over your name, surname and country to the petition target. Unless you subscribe to receive personalised updates, we will delete your data after the campaign has ended. We will never share your data with any third parties without your permission. See our full privacy policy here.
219,600
of 250,000 signatures
Thanks for signing! Your signature has been added.

Stop water privatization in Greece
Hi, Clean and affordable water from your tap is a basic right because it dramatically determines your well-being. Putting this precious resource in the hands of greedy corporations is against the public interest. They will put their profit first. This is exactly what is happening in Greece. People there have been humiliated by the countries that helped finance Greek debts: these are the countries that use the Euro as currency. They are forcing Greek people to sell off public assets in exchange of financial help. Greek people don’t want to be fooled. Something as essential to life as clean water should never be run for profit, and always for the people. Only publicly owned water companies can be held accountable by voters and citizens, private companies only answer to their shareholders. Support the Greek people and sign the petition! https://you.wemove.eu/campaigns/stop-water-privatization Thanks

Water is a human right - Stop water privatization in Greece 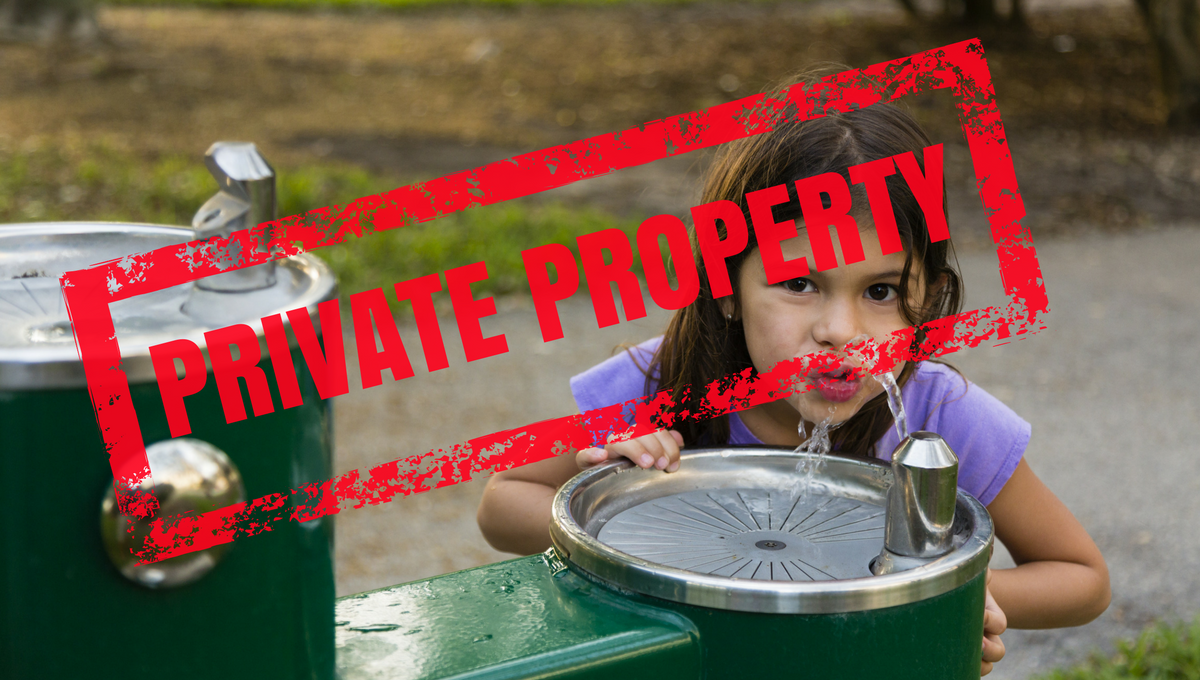 Water is a human right - stop water privatization in Greece! Sign our petition!

Thank you for signing our petition Water is a human right - Stop water privatization in Greece.

Only together can we make a change.