A series of crucial European meetings will decide the fate of the white food colourant E171.

However, civil society groups across Europe raise questions about a new industry study released recently which could turn the tables in favour of industry lobby groups on this major issue.

We urge the European Commission and the national experts to uphold the French ban on E171, based on the strong expertise already brought together by the French food safety agency (ANSES) and the important number of independent studies already published.

As all Europeans deserve the same high level of protection, we call on European decision-makers to extend the French measure EU-wide.


“Following a detailed report from the French Agency for Food, Environmental and Occupational Health & Safety (ANSES), the French government considered that the health risks for consumers linked with E171 were serious enough to lead to a ban as of January 2020. This colourant has no nutritional value whatsoever; it would be fairly easy to remove it from our food.

The European Food Safety Authority (EFSA) should give more weight and consideration to independent studies backed up by official and national authorities than to those produced by the manufacturers who hold financial interests.

In the best interests of all EU consumers, it is utterly crucial to avoid conflicts of interests and to observe a true independence in the decision-making process of the EFSA.”

Titanium dioxide (TiO2), also known as E171 in our food, is very commonly used as a white colourant in food, but also in paints, coatings, pharmaceuticals, cosmetics, and even in toothpaste. E171 is a mix of TiO2 particles which can be defined as nanoparticles. Because of their extremely small size, nanoparticles can squeeze through natural protective barriers of the human body and pass into the liver, lungs or the whole digestive system.

Scientific uncertainties surround E171 and prevent its complete risk assessment. The French expressed concerns regarding the toxicity of E171 and decided to ban products containing E171 as of 1st January 2020. This precautionary principle should also apply to the whole EU and that the substance should be removed from the EU list of permitted food additives.

In an open letter to EC Vice-President Jyrki Kaitanen sent on 3rd May 2019, more than 36 European and national NGOs supported the French ban on E171.
Despite numerous calls for an extension of the French measure to the whole European Union, the European Commission and Member States Experts are still arguing that a harmonized European legislation should prevail; the decision to cancel or extend the French ban will be based on an opinion from the European Food Safety Authority (EFSA).

EFSA’s latest opinion highlighted uncertainties and data gaps, calling for more data from the industry; EFSA and a number of Member states have been waiting for the results of a specific study on E171 in order to finalize their opinion. It was recently published and concluded that E171 causes no adverse effects on human health.

We note that this study received financial support from three industry lobby groups - the Grocery Manufacturers Association (GMA), the Titanium Dioxide Manufacturers Association (TDMA) and the International Association of Color Manufacturers (IACM) - which all have substantial commercial interests in the outcome of the decision at stake – their involvement in lobbying activities around the issue has recently been highlighted by Corporate Europe Observatory (CEO) in a report.
It is urgent to act as the French ban of E171 will be discussed in a European meeting on Monday 16th September. Civil society groups across Europe raise questions about the industry’s involvement in the process leading to this meeting and warn against lobbying efforts from the industry to minimize the potential health threats posed by E171.

We wonder how this study will be dealt with by decision-makers, when compared to the growing independent scientific literature on the toxicity of E171.

EU consumers' health should always be protected and put first. The new European Commission and national experts have a great opportunity to do this by upholding the French suspension of the unnecessary and potentially harmful food additive E171 and extending it to the whole EU.

Return to petition
By clicking “Sign” you are supporting this campaign, and agreeing to WeMove Europe using your information for the purpose of this campaign. We might hand over your name, surname and country to the petition target. Unless you subscribe to receive personalised updates, we will delete your data after the campaign has ended. We will never share your data with any third parties without your permission. See our full privacy policy here.
86,593
of 100,000 signatures

Edvin
I really don't want more people to get cancer... It's a horrible thing...
geke
Stop putting additives in our food like E171
Wilma
🙏
Polly
I have reactions to additives and would ideally like all ‘cosmetic’ ingredients banned - no artificial colours - especially in medicines.
Eluisa
Stop putting things that are unnessesary and bad for our health in our food.
Thanks for signing! Your signature has been added.

Will you join me?
Hi, Will you join me in making Europe a better place? I have just signed a petition 'Stop putting harmful additives in our food - Support the removal of white colourant E171'. This is an issue I really care about. Will you sign it too? https://you.wemove.eu/campaigns/support-the-french-ban-on-potentially-harmful-food-additive-e171 Thank you! 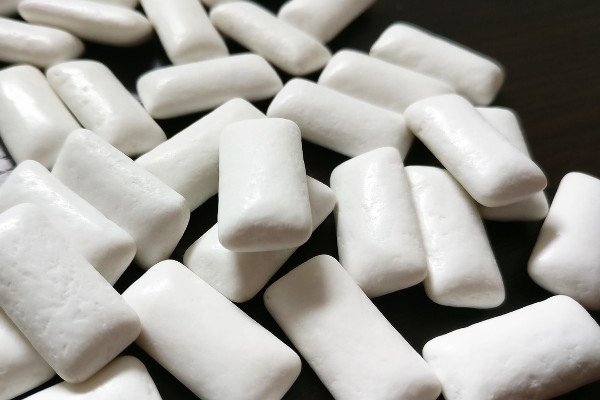 Sign! The food colourant that makes your chewing gum white is dangerous for your health. But the EU can make sure it's removed from the list of permitted food additives. #E171