Due to the sheer magnitude of the crisis brought about by COVID-19, the solutions adopted to combat it will determine the future of liberal democracy, the economy and European integration.

Therefore, we call on you to take political responsibility and to take the initiative. This is what was patently lacking in the EU response to the 2008 financial crisis—a mistake whose grave consequences we are still suffering.

We call on you to allocate financial resources which will provide:
1. Unconditional support for all for at least 3 months
2. Subsidising enterprises for employment retention and income socialisation
3. Public service subsidisation through an appropriate form of European bonds valid throughout the European Union
4. European research on medicine and the vaccine

It is not only thousands of Europeans infected with the coronavirus that need to be saved today. There is another patient at risk of death—European values, such as the recognition of the intrinsic value of human life, of democracy, of solidarity, of community, of the dignity of work and of the worker. These values must now manifest in practical terms, in the concrete decisions we now face. Europe must show that:
The life of every single person, including the elderly, is an absolute value in itself and not a burden on the State Budget or the economy. To consider the death of a substantial part of society an external cost—to deliberately sacrifice human life for the sake of a rapid return to the path of GDP—is nothing but barbaric (as well as additionally being economically ineffective).
One of the great achievements of European civilization is the introduction of universal pension plans—a move which made the state responsible for the solidarity of the whole society towards the elderly. We must not leave in solitude those people who devoted their whole lives to work for our common welfare—they deserve our gratitude and have the right to care as well as the right to have their lives protected.
There is no free market without the freedom of the people who participate in it —in any situation of extreme imbalance, such narrowly understood freedom cannot but turn out to have been a mere delusion. When workers become hostages forced to put their own lives and health at risk in order to earn their livings, the system of the free exchange of goods and services transforms into a ruthless economic regime.

1. Unconditional support for all
Unconditional basic income should be paid out for at least three months both to those who are currently employed and the unemployed, directly into their bank accounts. We must remember that bureaucracy is the enemy of the vulnerable. If financial support is dependent on long and complex procedures, it will fail to promptly reach those who are in imminent danger of falling into spiraling debt and poverty. We have no time for income verification—it may be a standard labour market procedure at times of peace, but not when we are at war. Appropriate verification and taxation of additional basic income paid into the accounts of the wealthiest should be carried out at the end of the tax year.
The economy cannot wait for demand stimulus and boost in consumption. We urgently need to buy ourselves the time required to undergo the necessary quarantine. We cannot wait for bail-out money transferred to the big players to trickle down to the market, consumers and citizens. This did not happen during times of peace and will not happen during a period of crisis or war. We must not irresponsibly force employees who have lost financial stability to discontinue the necessary quarantine. For that reason, we need the immediate, direct and universal transfer of funds from the European Union to its citizens, funded directly from the EU budget. We also require the issuance of money by the European Central Bank.

2. Subsidising enterprises for employment retention and income socialisation
It is of the utmost importance to provide European enterprises, especially SMEs, with the means to maintain their production potential and a stable economic environment through the provision of liquidity, as well as tax deferrals. Monetary policy must go hand in hand with fiscal policy in this matter, as the previous crisis in the European Union was extremely long and acutely impactful on the poorest, because the governments were afraid to admit that quantitative easing did not boost economic growth. This is why we hereby request the subsidizing of the anti-crisis efforts by the European Investment Bank and the European Bank for Reconstruction and Development. The advantage of Europe over authoritarian systems must come from the power of its institutions and the ability to react to critical situations.
At the same time, the structure of subsidized enterprises’ key ownership has to be changed. Resources devoted to retaining jobs should serve employees, not company boards or financial markets. A continued surge of disparity and increase in the privatization of public services cannot be the aftermath of the crisis. Europe must save jobs, not the incomes of boards of directors. For this reason, the aid for enterprises should be combined with responsibility for European taxpayers and their support. We call for the public aid for companies to be subsidized by European funds and for the European Central Bank to acquire shares in the supported enterprises. This solution, implemented during the financial crisis of 2008, will guarantee control over wages and dividends, as well as the unified participation of European communities in the future income of the companies.

3. Public service subsidisation through an appropriate form of European bonds valid throughout the European Union
The crisis we are facing concerns public health. It shows that a society is as safe and as strong as its weakest members. As a result, societies and the economy cannot afford to be deprived of access to high-quality universal healthcare. In fact, it was the wrong response to the financial crisis of 2008 that led to the degradation of public services in the name of an alleged economic rationality, which is now generating additional costs and making it more difficult to effectively combat the pandemic.
Today, by releasing additional financial aid for the member states allowing them radically increase their healthcare expenditure, especially the ones most impacted by the pandemic, through the use of an adequate type of European bonds valid throughout the EU, the Union would show that the life and death of European citizens are the highest priorities, and that European solidarity is a real and not illusive ideal. It would also allow for the implementation of the controlled mobilization of production resources in Europe for the common good: healthcare.

United Europe emerged as an answer to the spiritual and material devastation of World War II rooted in the crisis and unemployment of the 1930s. Crisis is a time for making choices. On the one hand, it may lead us to the fall of the European Union and slipping into chaos and authoritarianism. On the other, however, it can be a chance to renew the social agreement between Europe and its citizens. It can be an opportunity to change the management model to one that is more solidary and balanced.
The belief that European nations which have found themselves in a difficult economic situation will cope with the pandemic on their own is deceptive. If we want to both defeat the pandemic and ward off the shadow of the upcoming severe economic crisis, to save Europe from descending into chaos that will last for decades, we need to act according to the rule: United we stand, divided we fall.
We address our letter to the leaders of EU institutions, the President of the European Council, the President of the European Commission and the President of the European Parliament and the MEPs of all the political groups of the European Parliament. We represent different ideological backgrounds.
We are convinced that today, liberals, who acknowledge the inherent value of each individual, conservatives, who believe in intergenerational solidarity, and people of the left, who call for us to respect the dignity of labour, need to act together.
The real division line does not run between the liberals, the left and the conservatives. The demarcation line emerges between those who are ready to sacrifice their co-citizens for short-term profits, supposedly protecting the GDP, and those who oppose such logic.

* Signatories support the letter as individual citizens, not as representatives of institutions
Return to petition
By clicking “Sign” you are supporting this campaign, and agreeing to WeMove Europe using your information for the purpose of this campaign. We might hand over your name, surname and country to the petition target. Unless you subscribe to receive personalised updates, we will delete your data after the campaign has ended. We will never share your data with any third parties without your permission. See our full privacy policy here.
2,659
of 5,000 signatures

Valentin
iTS GREAT EFFORT TO HELP EUROPE
Nevena
humanity
Luther
For our future
Miroljub
To save Europe from descending into chaos
Helwig
unconditional support for all. Now.
Thanks for signing! Your signature has been added.

Thank you for signing the open letter.

Share this open letter with your friends and family.

Will you join me?
Hi, I have added my signature to the open letter signed by over 200 economists, academics and social activists calling for European solidarity in the fight against the coronavirus. This is a truly important issue! The future of liberal democracy, the economy and European integration depends on the decisions made today by the European Union. Will you join us? https://you.wemove.eu/campaigns/europe-a-patient-EN Thank you!

Europe, a patient. We need economic solidarity to save the community from coronavirus 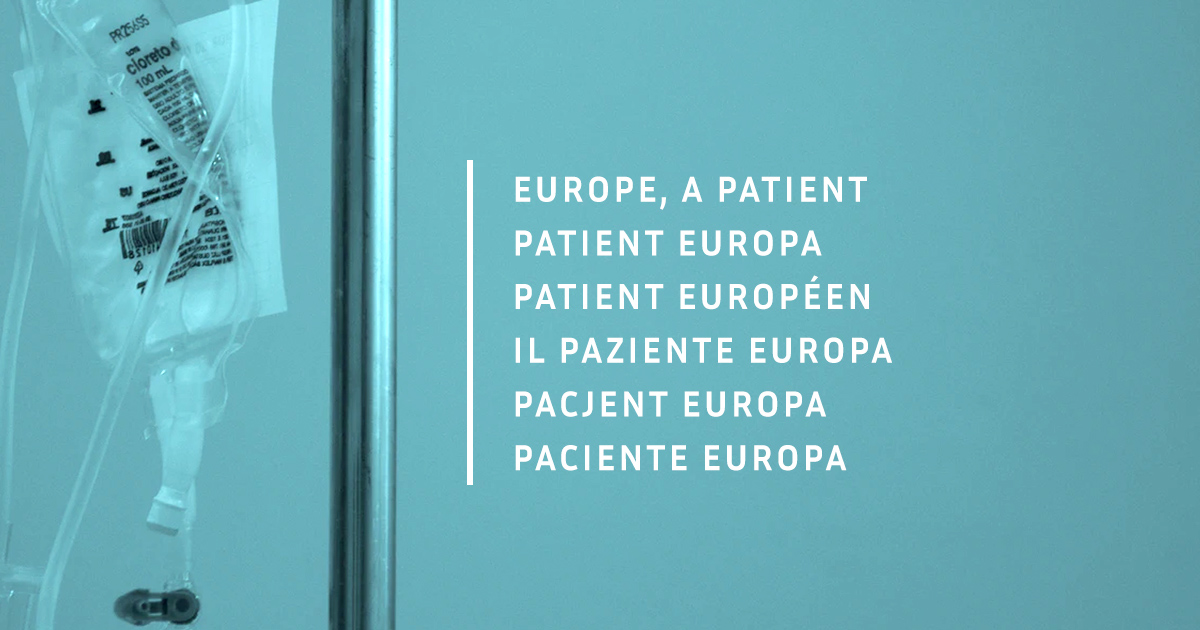 SIGN the open letter! The solutions adopted now to combat coronavirus will determine the future of liberal democracy, economy and European integration.

Thank you for signing the open letter calling for European solidarity in the fight against the coronavirus.