The European Union, its Institutions, and Member States

This petition is run by European Environmental Bureau

The pursuit of economic growth is not environmentally sustainable, and it is failing to reduce inequalities, foster democracy and ensure well-being of citizens. We call on the European Union, its institutions, and member states to:
1. Constitute a special commission on Post-Growth Futures in the EU Parliament. This commission should actively debate the future of growth, devise policy alternatives for post-growth futures, and reconsider the pursuit of growth as an overarching policy goal.
2. Prioritise social and environmental indicators. Economic policies should be evaluated in terms of their impact on human wellbeing, resource use, inequality, and the provision of decent work. These indicators should be given higher priority than GDP in decision-making.
3. Turn the Stability and Growth Pact (SGP) into a Stability and Wellbeing Pact. The SGP is a set of rules aimed at limiting government deficits and national debt. It should be revised to ensure member states meet the basic needs of their citizens, while reducing resource use and waste emissions to a sustainable level.
4. Establish a Ministry for Economic Transition in each member state. A new economy that focuses directly on human and ecological wellbeing could offer a much better future than one that is structurally dependent on economic growth.

For the past seven decades, GDP growth has stood as the primary economic objective of European nations. But as our economies have grown, so has our negative impact on the environment. We are now exceeding the safe operating space for humanity on this planet, and there is no sign that economic activity is being decoupled from resource use or pollution at anything like the scale required. Today, solving social problems within European nations does not require more growth. It requires a fairer distribution of the income and wealth that we already have.

Growth is also becoming harder to achieve due to declining productivity gains, market saturation, and ecological degradation. If current trends continue, there may be no growth at all in Europe within a decade. Right now the response is to try to fuel growth by issuing more debt, shredding environmental regulations, extending working hours, and cutting social protections. This aggressive pursuit of growth at all costs divides society, creates economic instability, and undermines democracy.

Those in power have not been willing to engage with these issues, at least not until now. The European Commission’s Beyond GDP project became GDP and Beyond. The official mantra remains growth — redressed as ‘sustainable’, ‘green’, or ‘inclusive’ — but first and foremost, growth. Even the new UN Sustainable Development Goals include the pursuit of economic growth as a policy goal for all countries, despite the fundamental contradiction between growth and sustainability.

The good news is that within civil society and academia, a post-growth movement has been emerging. It goes by different names in different places: décroissance, Postwachstum, steady-state or doughnut economics, prosperity without growth, to name a few. Since 2008, regular degrowth conferences have gathered thousands of participants. A new global initiative, the Wellbeing Economies Alliance (or WE-All), is making connections between these movements, while a European research network has been developing new ‘ecological macroeconomic models’. Such work suggests that it’s possible to improve quality of life, restore the living world, reduce inequality, and provide meaningful jobs — all without the need for economic growth, provided we enact policies to overcome our current growth dependence.

Return to petition
By clicking “Sign” you are supporting this campaign, and agreeing to WeMove Europe using your information for the purpose of this campaign. We might hand over your name, surname and country to the petition target. Unless you subscribe to receive personalised updates, we will delete your data after the campaign has ended. We will never share your data with any third parties without your permission. See our full privacy policy here.
91,629
of 125,000 signatures
Thanks for signing! Your signature has been added. 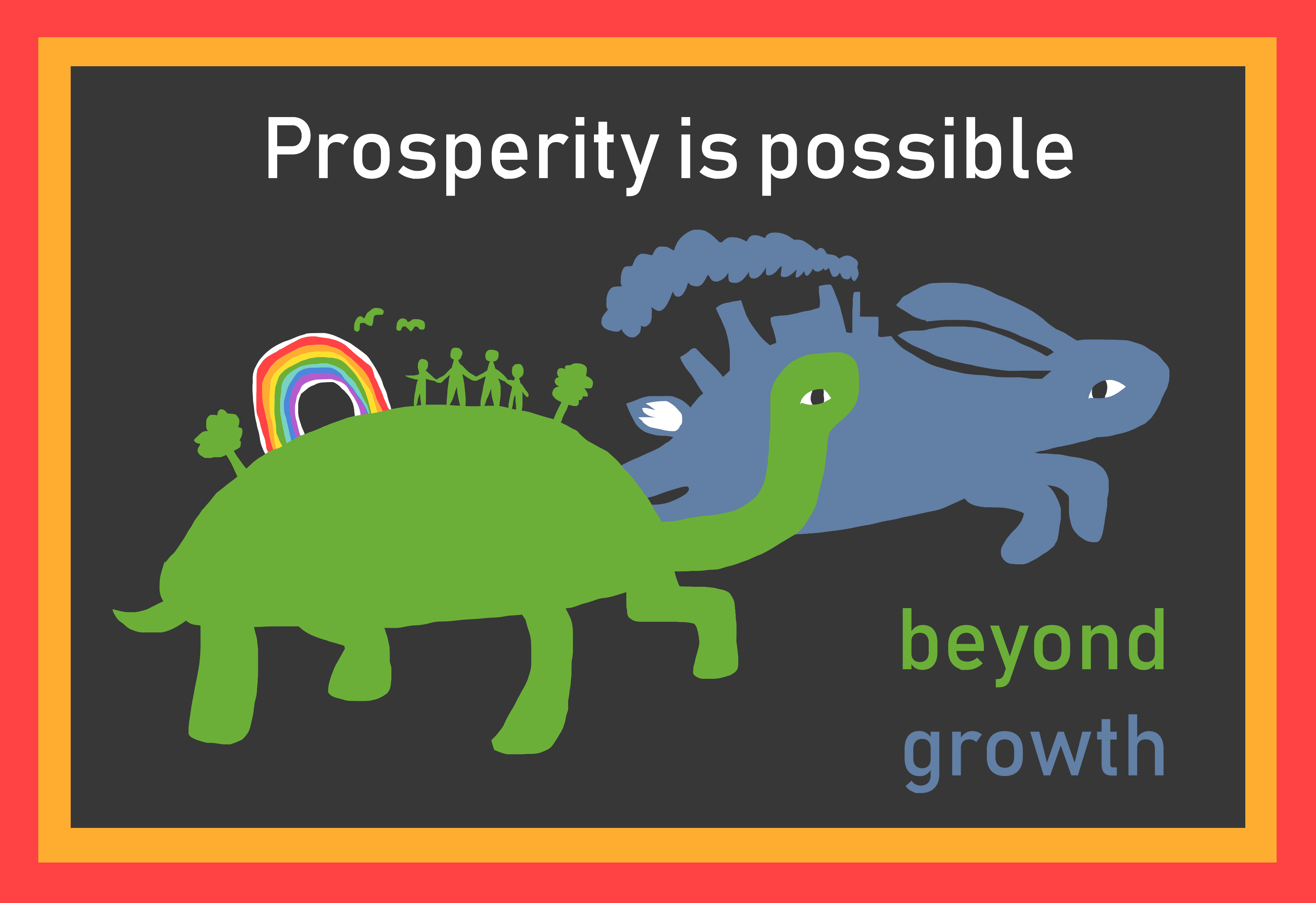 The pursuit of economic growth is not environmentally sustainable, and it is failing to reduce inequalities, foster democracy and ensure well-being of citizens. We call on the European Union, its institutions, and member states to end the Growth Dependency. Add your support here: