Update on 03.07.2019: The Italian Judiciary has ordered to release Captain Rackete from arrest. This is a great victory and a humiliation for Minister Matteo Salvini. However, she remains under threat of expulsion and unable to continue her mission with her ship and crew. Meanwhile, the bombing of refugee camps in Libya clearly shows that there is immediate danger there for all migrants. We remain firmly committed to the exigencies in the petition and continue our campaign. –Initiators: Etienne Balibar, Sandro Mezzadra, Eric Fassin, Barbara Spinelli and the entire Comité Européen contre la Criminalisation du Sauvetage en Mer

Minister Matteo Salvini – who seems now to wage unlimited power in his country – has ordered the arrest of Captain Carola Rackete, launching accusations of “military rebellion” and calling her an “outlaw”. He has also ordered seizing her ship as a “pirate vessel”, threatening its owners with a “maxi-fine” of 10 000 to 50 000 Euros. This is disgraceful and deliriant. His actions blatantly contradict International Law and the fundamental principles, which grant Italy and all our States their democratic legitimacy. Dangerous consequences will follow if this politics is not stopped.

The captain of Sea Watch 3 decided to “break the blockade” imposed by Italian customs, to land in the port of Lampedusa despite the interdiction, in order to bring her 42 passengers to a safe place. She had been waiting for 14 days for a clear decision from the EU and in vain requested an order from the European Court of Human Rights. However, she simply did her duty and accepted the risk to be arrested. It is entirely unacceptable that she should now be punished for an action in line with international and maritime law. European citizens and governments, who are directly concerned, must immediately prevent the illegal and shameful persecution of the rescue boat and its crew.

Lest we forget: another captain is now brought to an Italian court for saving more than 1000 lives in the Mediterranean. This is Pia Klemp who is accused of supporting “illegal” migration and complicity with “smugglers”, for which she could be sentenced to up to 20 years in prison, and fined saving lives. Many in Europe and in the world are upset, but our governments seem to ignore the case. What is attempted is to deter the rescuers, but after Carola and Pia others will take risks to stop the massive drownings in the Mediterranean, which continues with the complicity of the very States which should prevent it.

We the undersigned demand the Italian government to come back to its senses and drop its accusations, immediately sets free captain Rackete, and unlock the ship so it can return to its urgent missions. We demand that Italy receives the men, women, children who have been rescued from war and drowning, instructs properly their request of asylum in coordination with NGOs and other European administrations. We insist that it has to stop criminalizing the solidarity waged by its own citizens acting in defense of human rights. We condemn its racist propaganda, stirring up public opinion against poor migrants from Africa,

We call the newly elected European Parliament to propose, the European Commission to elaborate, and the European Governments to adopt a common policy, following the rules of the Geneva Convention, granting asylum and protection to the refugees, and clearly defining the legal rules for an equitable distribution of people among the member States. It is high time that Europe meets its collective obligations, regaining its moral legitimacy and demonstrating its political capacity. It must observe the SOLAS and SAR conventions, which make bringing people who have been rescued to a safe place an obligation. It must declare that Libya and Tunisia today are not “safe countries” where refugees can be sent back. It must restart operations of rescue in the Mediterranean and stop financing and training the so-called coastguards in Libya who, in the name of fighting illegal traffics, are now hunting refugees and subjecting them to torture. Anything else is criminal, it will continue the current course of hypocrisy, cowardice, and stupidity. Pretending to avoid internal conflicts, it inflames them and destroys the future of the Union.

Finally, we call fellow citizens of Europe to rise against the policies of hostility against migrants and refugees, which is shamelessly proclaimed in Italy and more covertly practiced in other countries. We call them to express active solidarity with Carola and Pia. Whereas Matteo Salvini and his likes push us towards disgrace, these courageous women and their crews truly saved the honor of our continent. We must impose their liberation and acquittal, and join their struggle. This is a difficult struggle, but its stakes are undisputable: against tyranny, against xenophobic hysteria and racism, for universal rights and hospitality, for human life, siding with its champions. We will not remain silent, watching from outside.

Return to petition
By clicking “Sign” you are supporting this campaign, and agreeing to WeMove Europe using your information for the purpose of this campaign. We might hand over your name, surname and country to the petition target. Unless you subscribe to receive personalised updates, we will delete your data after the campaign has ended. We will never share your data with any third parties without your permission. See our full privacy policy here.
86,930
of 100,000 signatures

Rebeca Vieira
No human is illegal
Isabelle
Justice and care for vulnerable people should be a priority.
Jussi
Human rights
Mohsen
The refugee crisis is a result of NAO and capitalist policies against the so called third world countries and they have to help refugees and stop criminalizing the sea rescue
Joke
Because there must be human rights
Thanks for signing! Your signature has been added.

Will you join me?
Hi, Will you join me in making Europe a better place? I have just signed a petition 'For Justice and Solidarity! Save refugees, stop criminalising sea rescue'. This is an issue I really care about. Will you sign it too? https://you.wemove.eu/campaigns/for-justice-and-solidarity-free-carola-rackete-and-pia-klemp Thank you!

For Justice and Solidarity! Save refugees, stop criminalising sea rescue 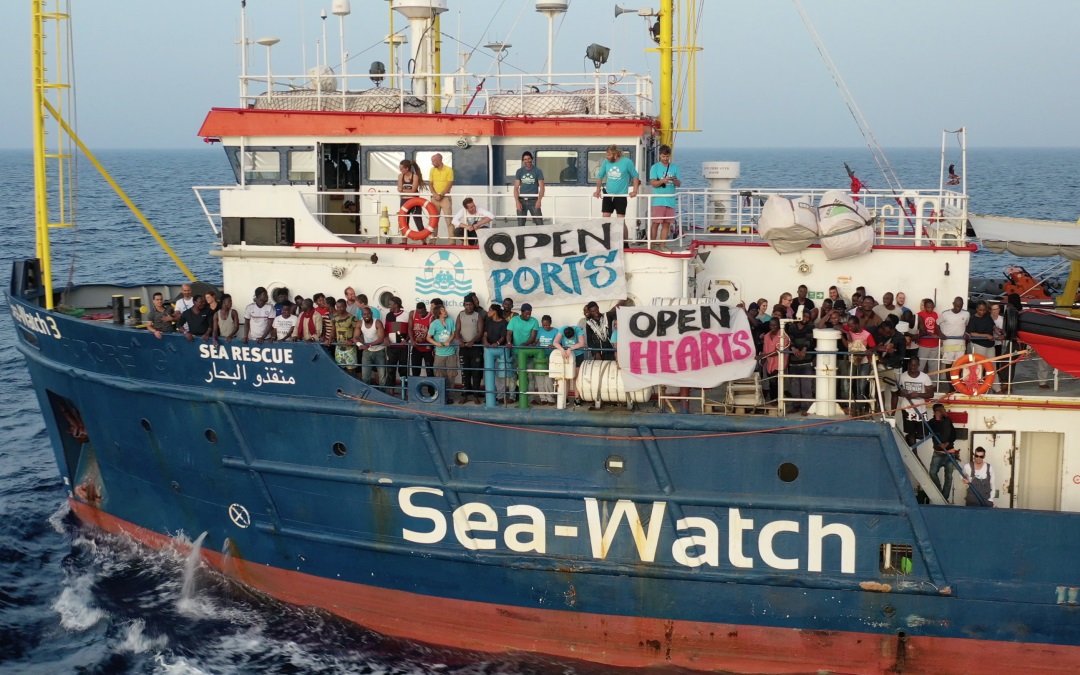 Sign! Carola is free, but we need solidarity more than ever! Sign the international call now: Save the refugees, stop criminalising rescue. #freecarola