This campaign is now closed. The efforts to stop harmful fish farming continue. You can learn more here https://eu.patagonia.com/nl/en/stories/artifishal/video-79192.html
181,735 of 250,000 signatures

To the governments and members of parliament of Iceland, Norway, Scotland and Ireland:

This petition is run by Patagonia

As concerned citizens from across Europe, we urge you to bring a halt to the devastation of wild fish and surrounding ecosystems caused by open net salmon farms. We call on you to impose an immediate ban on new open net farms and commit to phasing out existing ones everywhere.

The pristine fjords of Iceland are home to an abundance of marine life, but they are now seriously threatened by the expansion of massive open net salmon farms. Fragile coastal ecosystems around Norway, Scotland and Ireland are already suffering from the disastrous effects of this growing industry.

Right now we’re at a critical turning point in Europe where the entire industry could shift away from the destructive method of growing salmon in open nets that allow diseases, parasites and pollution to pour out into the environment. But this transition won’t happen without a lot of pressure to create the laws and incentives, that experts say are urgently needed in these countries.

In Iceland, the parliament is about to vote on a bill that could allow the world’s biggest aquaculture companies to farm vast amounts of salmon in open nets. Local groups are fighting to change it and they’re calling on citizens across Europe for support.

In Norway, Scotland and Ireland, salmon farming is run by big corporations and wields a similar power as the oil industry. Environmental organisations have been pushing back against the use of open nets for many years and finally governments are realising that action is needed, but they are not moving fast enough.

If we want to protect the wild Atlantic salmon and sea trout that many coastal and river communities depend on -- we need to stop these destructive fish farms.

Let’s build a massive petition to call for a ban on open net salmon farms. Our signatures will be delivered to the Icelandic Parliament ahead of the crucial vote and also handed to key decision makers in Norway, Scotland and Ireland. Patagonia is working together with local organisations to ensure our voices have the most impact. Sign now to add yours!


Patagonia is an outdoor apparel company and certified B-Corporation. The company is recognised internationally for its commitment to environmental activism and its contributions of more than $104 million in grants and in-kind donations to grass roots groups. The latest Patagonia documentary “Artifishal” highlights the impact of open net salmon farms and is being screened across Europe in April and May. Read more and find a screening near you: https://eu.patagonia.com/eu/artifishal.html

Return to petition
By clicking “Yes, keep me informed” you are supporting this campaign, and agreeing to WeMove Europe using your personal information for the purpose of this campaign, including handing over your name, surname and country with the petition target. Unless you subscribe to receive personalised updates about this campaign and other advocacy campaigns from WeMove Europe and Patagonia, we will delete your data after the campaign has ended. See our full privacy policy here and Patagonia’s privacy policy here. We will never share your data with any other third parties without your permission.
181,735
of 250,000 signatures

James
Go vegan
Helen
We need to protect our waters and biodiversity
Alan
As a biologist and teacher it understand that it is vital to ensure the long term survival of species diversity for the benefit of the integrated self sustaining ecosystems and for future generations of my family.
Melanie
It’s cruel
ian
We need healthy oceans and seas to maintain a clean environment
Thanks for signing! Your signature has been added.

Will you join me?
Hi, Will you join me in making Europe a better place? I have just signed a petition 'Stop Europe’s Dirty Fish Farms '. This is an issue I really care about. Will you sign it too? https://you.wemove.eu/campaigns/stop-europe-s-dirty-fish-farms Thank you! 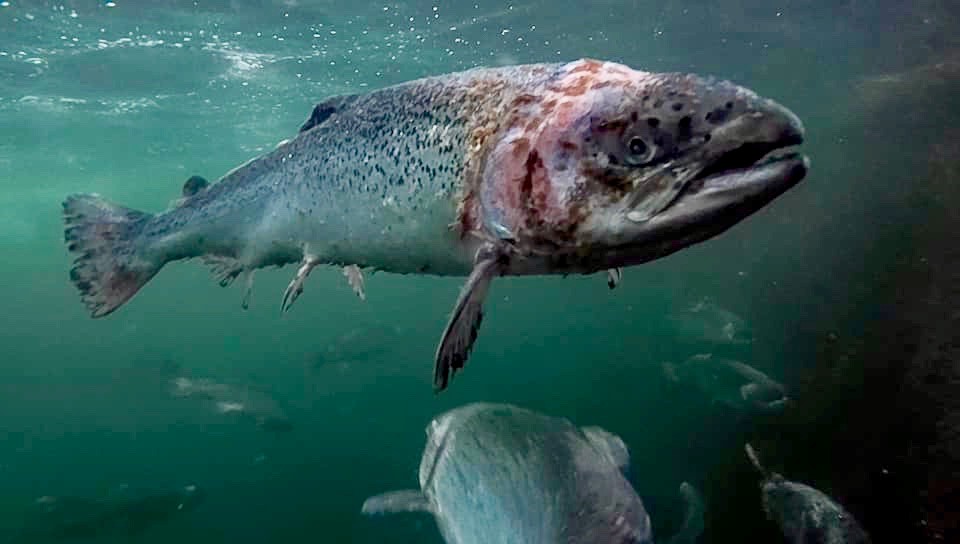 Open net fish farms are causing environmental devastation in the pristine fjords and rivers of Iceland, Norway, Scotland and Ireland. We have a chance to turn the tide. Sign the urgent petition to save wild salmon now!